KoraCat celebrates the completion of a collection! :D

~~~
Kora Cat has also improved her hunting skills, and is now able to fetch me the correct species of cricket. :>

Yes! I actually do have a good reason for not posting this month:

Since I recently crossed off nearly every item on my wishlist, I've been updating my collection site with pretty photos.

It has been a fantastic journey. I've met some wonderful fellow collectors and cat owners.
And so, as I descend slowly into retirement, I would very much like to share a part of my collection with you.

Some of you may recognise the merchandise pictured here, while others may not. Let me just assure you that acquiring these particular items was no easy task. :>

These five clear Kids are the main focus of my collection. I finally have all of them together, which is kind of a big deal to most Eevee evolution collectors. I can take spiffy photos of them now for all to admire. ^^

- All were won via YJ auctions

- Purchased from the pkmncollectors community

- All were won via YJ auctions

- All were won via YJ auctions/dealers

This figure was a gift from a very kind GA host. The Chikorita keychain I won as part of the GA was abducted by cats, but it was eventually returned safely. Espeon was initially offered to me as a replacement. :3

These figures were from a Japanese seller. I won Vulpix through a YJ auction, and Charizard was sent as a gift along with a friendly note. :D

~~~~~
I would like to thank everyone who made this collection possible, especially the pkmncollectors community and all the middleman-service friendly sellers at YJ auctions.

***
Further Thanks:
^ To the lady who picked up my passport and immediately returned it to me at Southern Cross station
^ To the good citizen who handed my untouched bag in at Laverton station
Posted by C.J at 10:17 PM No comments: 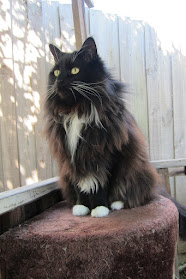