Firstly, a bit of background on my gardening skill... Basically, I have none. This is mostly because nobody in my family was really into planting backyard crops outside of potatoes and spring onions. But hopefully, in the not-too-distant-future, I will be able to lug myself outside and harvest something.
Apparently, Melbourne the happiest and most liveable place in the world. While I don’t disagree, an average house in a decent suburb here costs upwards of $600-700K. Even after inheriting an existing property further out, I still can’t hope to afford a loan of that size. But these are the types of homes you would need to comfortably grow yourself a large vegetable crop.

Still, this doesn't discourage me from doing some planning for my hypothetical vegetable garden. I could have used a variety of crop planners, but I felt more familiar using this traditional Harvest Moon one. ^^ 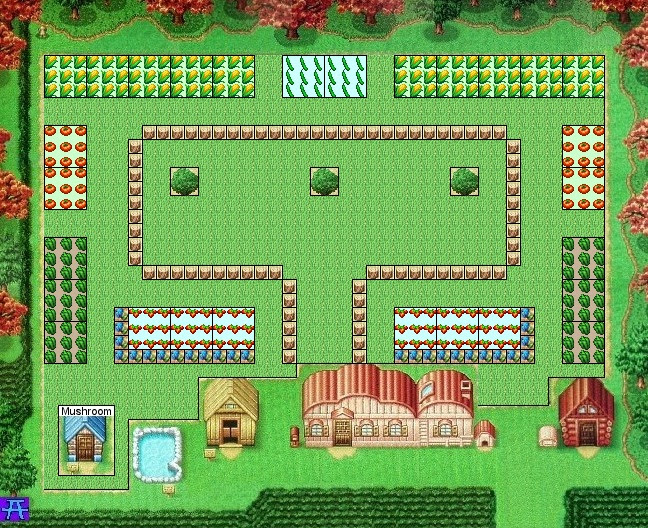 One main reason for my crop choices is due to relatively high supermarket prices. Recently, cucumbers have shot up to about $2.50 each. Tomatoes vary from $3 to $6 per kilo. Capsicums (or bell peppers) usually range from $4 to $6 per kilo depending on the colour.

And of course, corn. Local supermarkets just don’t stock my favourite variety of maize. My preference for this particular type of foreign, non-sweet corn can be best demonstrated by this quote:
"But our momentary lapse of concentration allowed "Charlie" to get the drop on us. I spent the next three years in a POW camp, forced to subsist on a thin stew made of fish, vegetables, prawns, coconut milk, and four kinds of rice. I came close to madness trying to find it here in the States, but they just can't get the spices right!"

- Principal Skinner, The Simpsons: Team Homer (#7.12) (1996)
I can only find this particular sort of bland, starchy corn in one small Asian grocery. And even then, there are slight variations of it each season. I can’t explain why I love eating this corn so much. I guess it must be because Asian vegetables generally aren't sweet and I've grown to like that over the last two decades.

I digress. In my plan, I've placed all my crops along the edges of my future backyard so that the middle of the land space is still open for recreational use. Originally I thought about planting everything right up against the fence boundary, but then I had some concerns about the fence casting a shadow over the plants and lack of accessibility.

So I hope to get this plan going at some point, if and when I have some outdoor space. I may fail spectacularly, but either way I’ll be posting any progress on this so we have proof that at least I tried. :>
Here’s a list of everything I would ideally like to cultivate, in order of priority:
~ Vegetables ~
- Corn [Non-Sweet]
- Capsicum [Green, Red, Yellow, Orange]
- Cucumber
- Tomato
~~~
- Mushrooms
- Potatoes
- Carrots
***
~ Fruits ~
- Strawberrry
- Cherry
- Apple
- Mandarin
- Orange
***
~ Misc. ~
- Almond
- Rocket
Posted by C.J at 8:38 PM